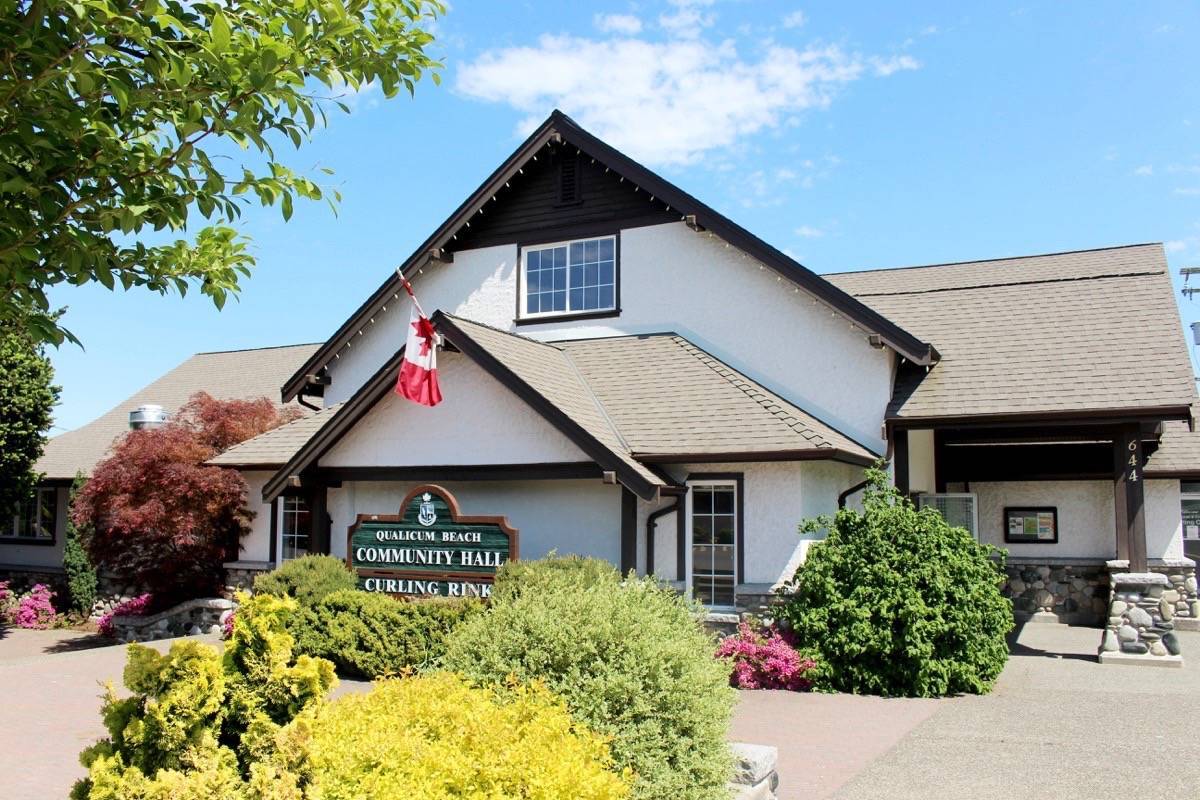 The Community Hall is 2,652 square feet and can accommodate up to 221 people. The facility has a commercial kitchen and stage, and is well equipped for banquets, parties, workshops, and other events.

The Qualicum Beach Community Hall is an important example of an early community-driven building project. Although currently owned and operated by the Town of Qualicum Beach, the hall was built with funds raised in the community by the sale of shares and with volunteer labour. The Hall speaks to an earlier way of life, in which major community building projects were typically undertaken by private groups. Over time, this approach waned as governments increasingly took over responsibility for construction projects.

Built in 1933, the Community Hall is an excellent example of a large, utilitarian structure purpose-built for community sporting and social events. A curling rink was added at the rear of the building in 1964. The Hall’s architecture is uncomplicated with minimal detailing. Although the building has recently undergone a facade renovation, original elements were retained and the building remains substantially intact.

The Community Hall is significant for its association with local designer and builder Simon Muir Little. A trained naval architect, Little is best known for St. Andrew’s Lodge in Qualicum Beach. He also built numerous schools, churches and houses in the area and designed the original town and fire halls. Little also designed the official town crest.

Developed in the mid-20th century, the Community Hall has historical and continuing value as a community gathering place. Over the years, the Hall has hosted numerous social and sporting events. The Hall’s value as a public venue, especially before in-home entertainment became more popular, is substantial. The Hall continues to serve the community today.